Advertising as a Catalyst for Change 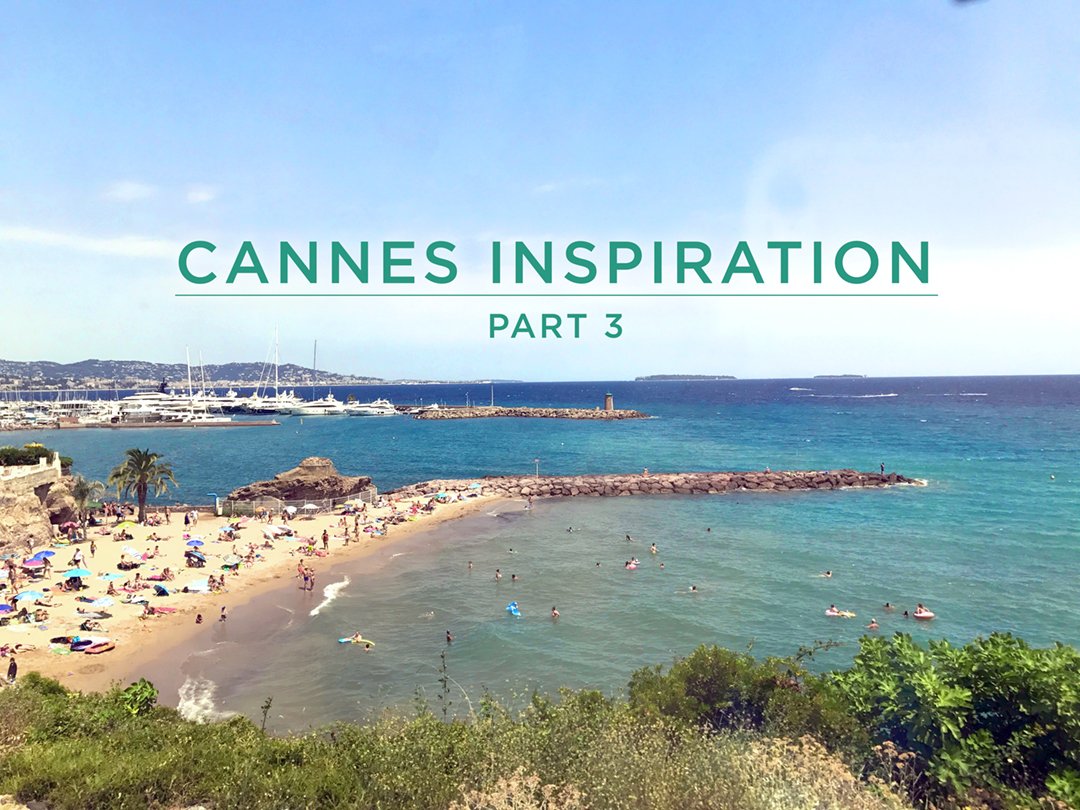 In the third and final installment of my inspired takeaways from this summer’s Cannes Lions experience, I want to highlight the presentations around the true good that the advertising industry does. Unfortunately, much of our industry has a bad reputation because people associate us with late night infomercials of guys screaming at you about amazing cleaning products you need right now—for only $19.99! When in actuality, the advertising industry is able to put out beautiful things that really lift society up. We boost NGO’s, do pro-bono work, promote government initiatives, and much more. Done right, advertising can be good for everyone.

In support of that point, the Reverend Jesse Jackson spoke about how creativity and advertising can make a significant difference in the world. He said, “Brands are the islands of stability in the current chaotic political and social climate. Advertising brings issues to the forefront of society. We can do well in the world with creativity and imagination. Creatives can use imagination in a way that politicians can’t.” He went on to point out that we can use creativity to make a difference in the world by addressing ignorance, and giving voice to those who don’t have one, in an engaging way.

In the presentation What the World Really Needs is More Advertising,hosted by BBDO and featuring their President & CEO, Andrew Robertson, and CCO, David Lubars, they acknowledged the undeniable fact that there’s a lot of bad stuff happening in the world right now. Then they highlighted some work the advertising industry has done to make a connection between brands and what really matters to consumers, which has made a difference in their lives. Following the tragedy of the Sandy Hook school shooting in 2012, the families of the children who were lost that day created a non-profit organization called the Sandy Hook Promise. They raise awareness of gun violence, provide programs demonstrating practices to use, and teach others the signs to prevent other shootings. BBDO did pro-bono work for the Sandy Hook Promise and made this powerful, unforgettable  video. It won several lions at Cannes, as it should have.

If you haven’t met Graham, who won the first Grand Prix award this year,  I’ll formally introduce you. He was designed to promote road safety. Graham was created for the government-owned Transport Accident Commission (TAC). BBDO included Graham in the TAC Towards Zero campaign. Graham was made specifically to answer the question: what would we look like if we were to evolve to survive our dangerous roadways? Created by leading trauma surgeon Christian Kenfield, crash investigator David Logan, and world-renowned artist Patricia Piccinini, he very dramatically made people aware of the vulnerabilities humans have in our daily lives.

Another surprising example is Barbie. As a kid, I must have had at least 50 Barbies over the years. So I was shocked to hear that Barbie’s sales have dropped by 12% in recent years. Then this commercial aired on television and it didn’t take long before sales were back up by 8%. Over 25 million people have received the message that we should empower young girls to be anything they dream to be.

On a much grander, global level, there’s the Common Ground initiative. United Nations Deputy Secretary-General, Amina Mohammed, explained in her presentation Can the Creative Industry Act as a Force for Good? that Common Ground is a pact the world’s six largest advertising holding companies made to work towards the United Nations Sustainable Development Goals. The holding companies involved are Publicis Groupe, Omnicom Group, IPG, WPP, Dentsu and Dentsu Aegis Network, and Havas.

This was a big deal when it was announced at last year’s Cannes Festival because the agencies that these companies own are the very ones that often go head to head at award shows like Cannes. The CEO’s of these companies made this joint statement…

“The Common Ground initiative recognizes that the global issues the UN has identified transcend commercial rivalry. By working in partnership to support the Sustainable Development Goals, we want to demonstrate that even fierce competitors can set aside their differences in order to serve a wider common interest. We hope others in and beyond our own business decide to do the same.”

Sure, our advertising messages can inspire actions like “act now for free shipping and handling and get this is amazing price of $19.99!” But, we can do so much more. We can use creativity to engage people, get them to care about helping others, and ultimately, be a powerful catalyst for societal change.