What Are the Best Super Bowl Commercials? Cast Your Vote in Our Ad Bowl to Decide 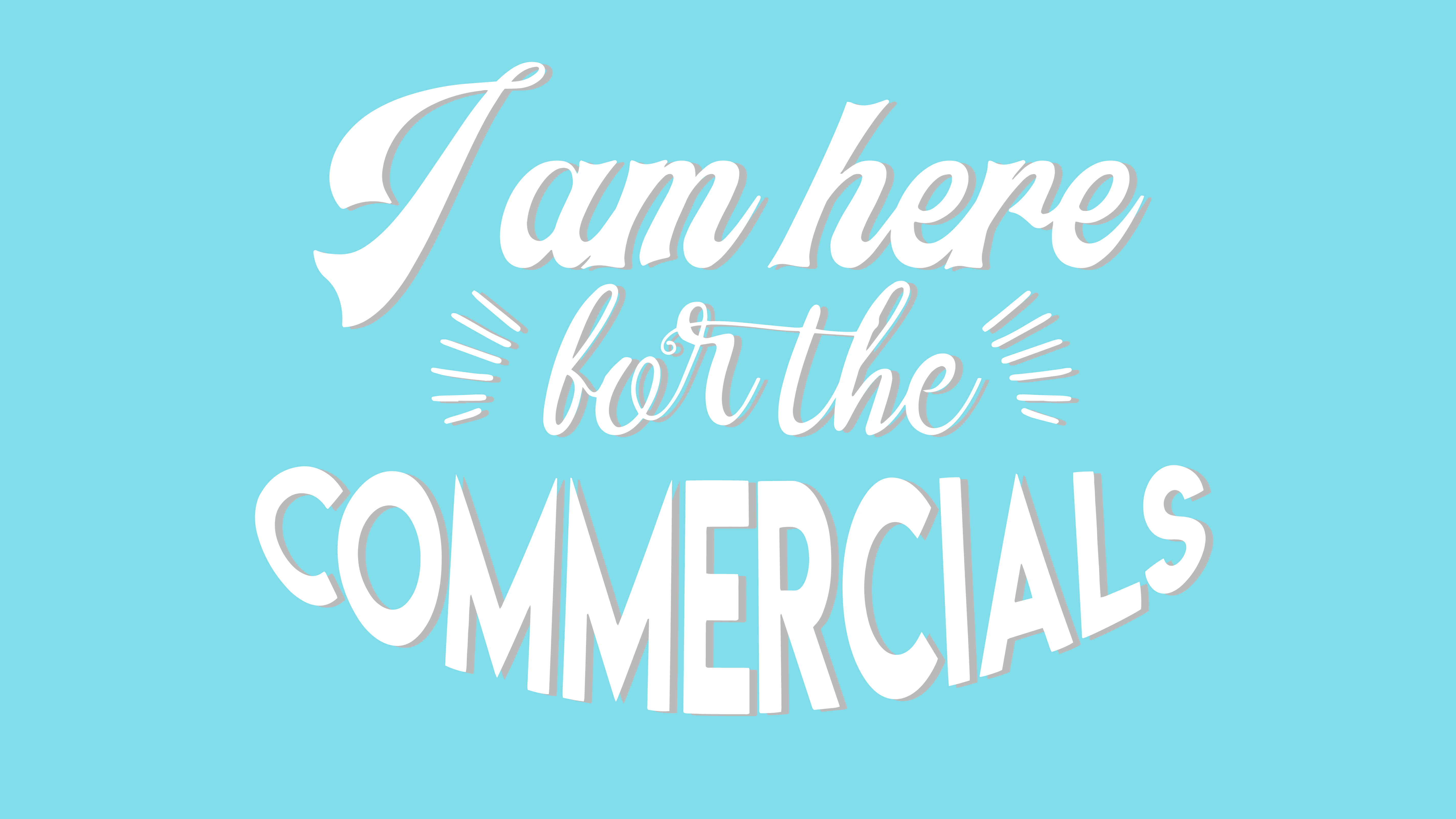 What’s the better Super Bowl commercial, the Snickers “Betty White” ad, or the Budweiser “Frogs” spot? How about the McDonald’s Larry Bird and Michael Jordan “Showdown” commercial vs. the  Wendy’s “Where’s the Beef?” ad? And is the Apple “1984” commercial better, or the Coca-Cola “Early Showers” Mean Joe Greene ad?

Understanding what makes these commercials so memorable is a lot more important than you may think. It’s estimated that 17% of people say they watch the big game first and foremost for the ads.

More crucially, though, the Super Bowl offers one of the few opportunities for marketers to reach more than 100 million Americans at one time – and the television networks broadcasting the game know it. Last year, the cost of a 30-second ad slot was roughly $5.6 million, a number that shows how much the cost for a Super Bowl commercial has skyrocketed over the years when you consider that a slot for the 1970 Super Bowl was priced at a modest $78,200 (approximately $562,000 in today’s money).

To help get everyone ready for this year’s commercials and share our perspective on this storied American tradition, we’re launching our own competition to find out what you think. We hope you’ll participate!

Introducing the Schifino Lee Ad Bowl
Here’s how our inaugural Ad Bowl will work. Starting on Jan. 28 and continuing up to the Super Bowl, on our Instagram story feed, we’ll begin taking what we’ve chosen as 16 iconic commercials and putting pairs of them in head-to-head competitions where we ask you to vote for the one you think is best. Then, in the bracket we’ve created below, the same type of bracket used for the Sweet 16 NCAA basketball championship series, we’ll chart the progress of the winning selections through three rounds until we reach a final winner. 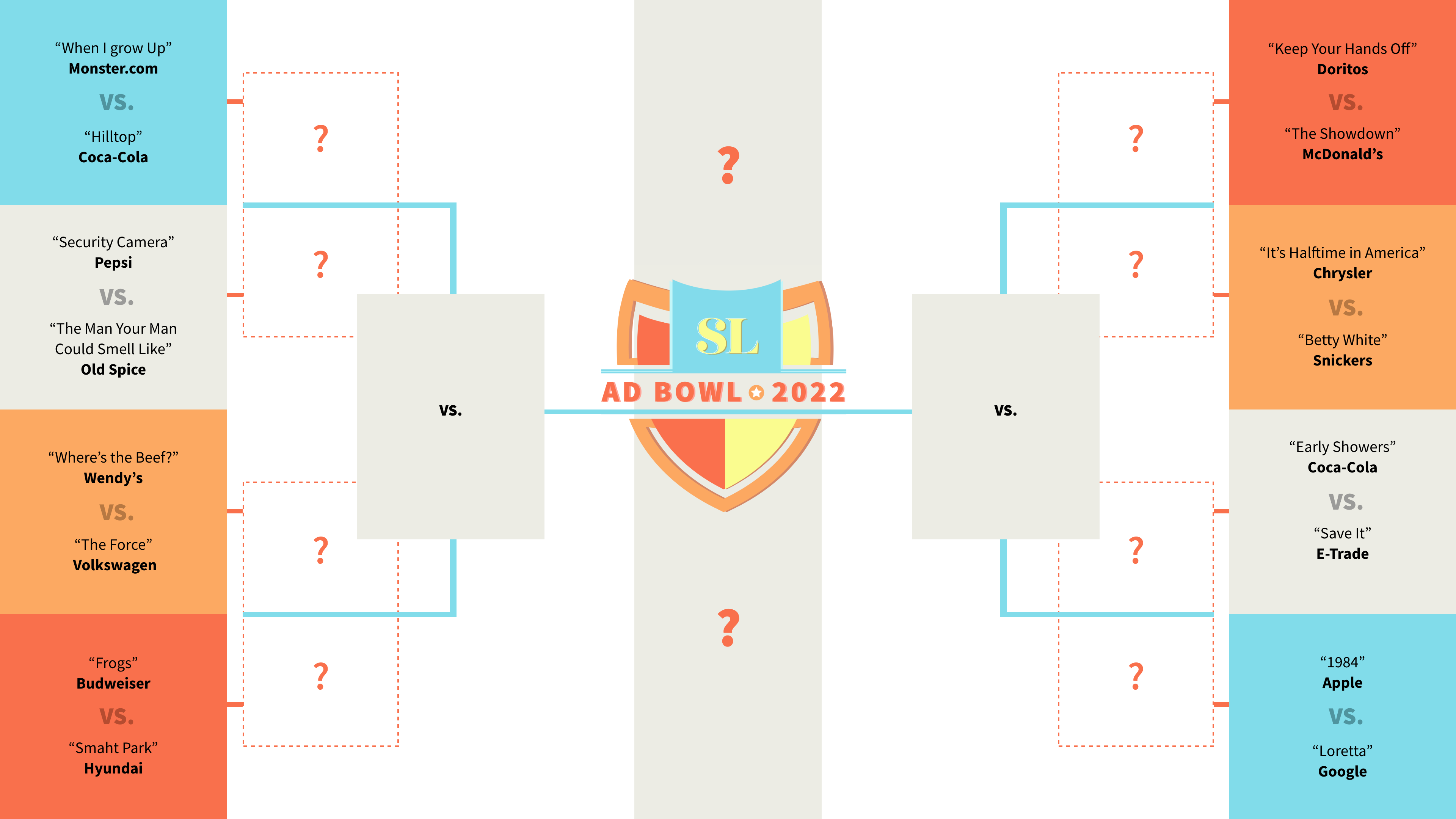 To kick things off, in this post we’re sharing some quick thoughts on a few of our own top Super Bowl ad picks. We hope that these don’t bias  your selections, and that they offer some qualities for you to consider as you weigh which Super Bowl ads are tops.

See what you think of the three we selected here, and follow our Instagram story feed starting on Jan. 28 to start casting your votes! We’ll share the winner and recap how the competition went in a blog post after the game.

Hope that everyone enjoys this year’s Super Bowl commercials – and the game, too!

What could be more ridiculous and over the top than seeing Betty White playing football? She runs a route, is knocked down, and gets covered in mud. The concept of needing to eat a Snickers to snap out of hunger pains and stop playing football “like Betty White” is the definition of an original ad and became an instant classic.

The entire concept for this one is three frogs making noises. That’s it. Somehow, it went viral, and it had everyone saying a beer brand name in weird voices for years!

Of course we had to include this one. Directed by Ridley Scott, it’s still a gold standard for television commercials. Among the many groundbreaking things in this spot was not even bothering to show what it was advertising. It positioned Apple permanently as the computer for those who “think different” and showed that a Super Bowl ad could transcend merely being a football game commercial and become a global cultural phenomenon.

Get ready for our SL Ad Bowl to choose your top Super Bowl commercials on our Instagram story feed!